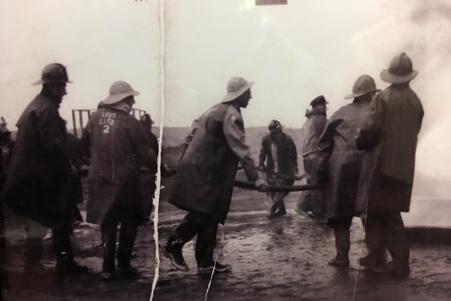 The Crystal Lake Fire Department was organized in the spring of 1934. Edward A. Ludwig served as Fire Chief for the first ten years. The fist fire truck was a donated "REO", which was made into a fire vehicle by adding sprayers, shovels, brooms, and other firefighting equipment. Chief Ludwig bought an old dry cleaning van, which was cut down and remodeled into a small fire truck. The men, working in their barns and garages, mounted a 100 gallon water tank behind the cab. A power-take-off gear pump was mounted beneath the water tank. The rest of the truck bed was filled with 500 feet of 1 1/2 inch double jacket hose acquired from the Naval Department Surplus. 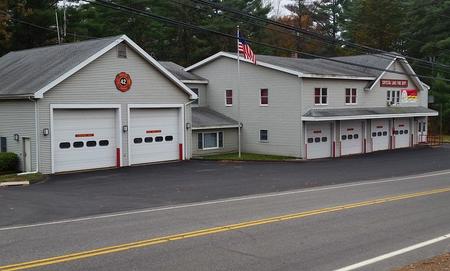 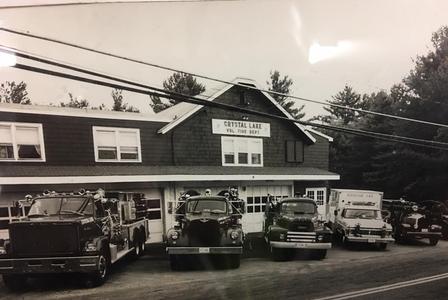 On July 26, 1947 the Crystal Lake Fire District was formed by a special act in the State Legislature. In the 1950's there was the addition of three more bays and the addition of a meeting hall and day room area upstairs. The firehouse operated for the next almost thirty years out of a four bay station maintaining six pieces of apparatus. During the 1980's the Fire Department recognized the need for more space as the replacement apparatus were larger than the vehicles being replaced and the Town and District agreed to put on another addition to the firehouse. In 1988 the upper bay of the firehouse was added with 3 large bays for Apparatus as well as office and recreation space upstairs. 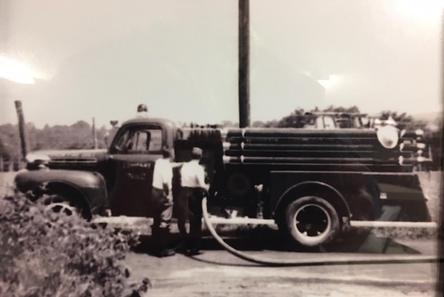 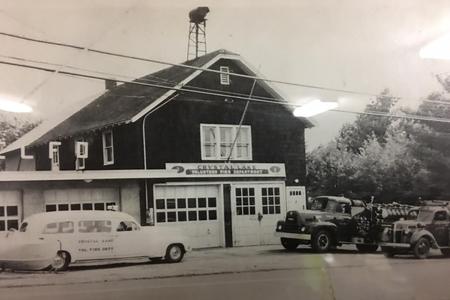 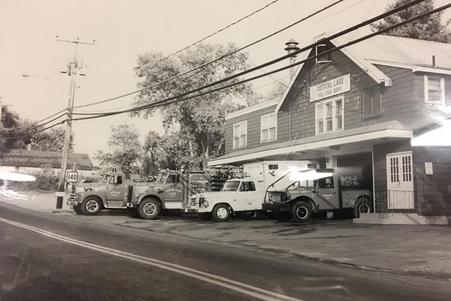 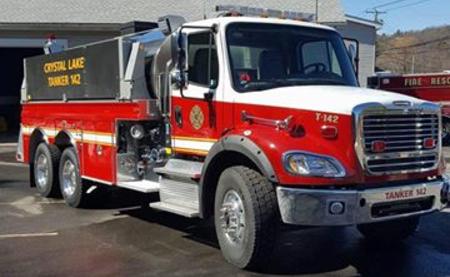 In the most recent years the department has replaced it's 1986 engine, E-242, with a 2017 Frieghtliner commercial cab tanker built by 4 Guys Fire Apparatus carrying 3000 gallons of water and a 1250 gpm pump. We were also able to replace our out dated 1985 Chevy K3500 "homebuilt" brush truck, Forestry 142, and an aging 1996 GMC 3500 Utility Pickup, Service 242, with a 2017 HME Ahrens-Fox Mini-Evo Pumper which is built on a Ford F-550 4x4 Cab with a custom built rear end with a 1500 Gpm pump and 300 Gallons of water.  The fire department continues to serve the residents of the fire district and our mutual aid departments with extreme commitment and sacrifice from our active membership and officers, and we thank the community of the Town of Ellington for their continued support for the last 80+ years we have had the honor of serving them.

In the early 2000's the Fire District recognized the need for replacement of equipment and apparatus with improving NFPA standards that requires vehicles be replaced every 25 years and changing PPE and equipment requirements. In 2005 we replaced ET-242 with a Custom Pumper built by 4 Guys Fire Apparatus which is a Spartan Gladiator cab with 2000 gallons of water and 1500 gpm pump. In 2009 we replaced both R-142 and ET-142 with a multipurpose vehicle named SQ-142 which is a custom pumper built by Crimson Fire Apparatus with a Spartan Metrostar cab and 1000 gallons of water and 1500 gallon per minute pump. Also during this time period the department was able to receive two critical federal grants for replacement of firefighter's personal protective clothing which now can cost up to $4,000.00 per set and a grant for replacement of outdated 4 inch supply hose with 5 inch supply hose.

​In 1936 land was acquired. In 1938 William Bowler donated the Crystal Lake Ice House which the men rebuilt, forming the original bay fire house where the present one now stands. After the completion of the Fire House members using personal assets as collateral, acquired a loan for the purchase of a new Ford fire truck. Through the years funding was obtained by running fairs, suppers, fund raisers, and soliciting from the cottage owners during summer months.